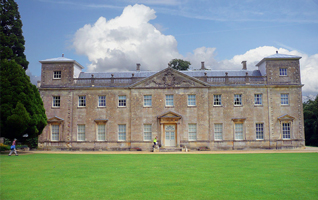 The town of Swindon in Wiltshire sits exactly at the midpoint between Bristol and Reading on the M4, 35 miles from each. In the mid-1800s, Swindon came to the fore as a booming railway town, with the establishment of Swindon Works, a centre for the reparation of locomotives on the Great Western Railway (GWR). A site which can still be visited today, GWR constructed a small railway village to accommodate its workers, including its own Medical Fund Clinic and hospital, and a health centre that was constructed later in 1892. From 1871, workers paid a small amount of their wages into a medical fund, so doctors could prescribe medicines for them or their families for free. This innovative service eventually became the inspiration for the modern-day NHS. Visitors and residents make like to indulge further in the intriguing history of the GWR in Swindon at the popular Steam Railway Museum.

Swindon is also home to Honda's principle car manufacturing facility in the UK, which produces more than 600 cars every single day. With a history in transport, excellent infrastructure and outstanding communications links, Swindon was the ideal choice for Honda to establish their factory, where they manufacture cars from start to finish - from casting, engine assembly and pressing through to welding, painting and final assembly.

Swindon is just a 50-minute drive from our fabulous flagship showroom in Quedgeley, where visitors can explore and admire nine stunning kitchen displays that incorporate a range of high quality kitchen appliances and storage solutions, too. To avoid disappointment, we recommend getting in touch to book an appointment with our knowledgeable showroom assistant, by telephoning 0345 22 22 644.

Order your worktops by 12 noon for next day delivery to Swindon.