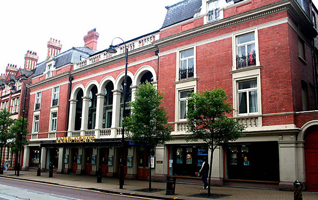 Wolverhampton is a dynamic city in the West Midlands with a population of over 250,000, where citizens of the region are known as 'Wulfrunians'. The name stems originates from that of Lady Wulfrun, who founded the city in 985.

The area grew steadily over the centuries, initially as a market town commonly trading in wool. Expanding rapidly with the dawn of the Industrial Revolution, Wolverhampton became a key player in the coal mining, steel production lock making and car manufacturing industries. To this day, much of the city's economy is supported by engineering. Contemporary commerce has evolved to include a booming aerospace industry, with over a quarter of the UK's stake in the industry based within the Midlands.

One of the greatest focal point of Wolverhampton is the city's grade II-listed bronze statue of Prince Albert sat upon a horse, which can be found in Queen's Square, and is affectionately known by locals as the 'Man on the Oss'. Sculptor Thomas Thornycroft was commissioned to create the work by Queen Victoria in 1861, after the passing of the Prince Consort. Despite having been re-sited a number of times to accommodate city developments, the statue is still a favoured congregation point for locals and visitors alike.

With a history that reveals a pride in upholding high standards of production, it's not surprise that residents of Wolverhampton are fervent fans of our worktops. If you live in Wolverhampton and would like to take advantage of our speedy sample service, we're pleased to offer worktop samples for any of the surfaces in our collection with prices starting at just £5 per sample or pack, and free delivery! To get in touch, please telephone us on 0345 22 22 644, or email .

Order your worktops by 12 noon for next day delivery to Wolverhampton.