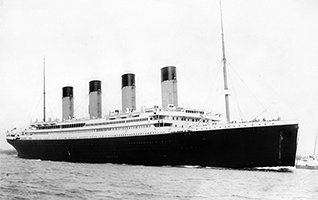 Positioned at the mouth of the River Itchen and the mouth of The Solent, settlers have occupied what is now known as Southampton since the stone ages, but it wasn't until medieval times that Southampton formerly got its name. By the late 13th century, it had become a well-established port and trade route for boats arriving in England from the continent. Because of this excess of trade, Southampton quickly became a wealthy town, and so its walls were rebuilt from their 12th century foundations to surround and protect the city. To this day, 14 of the original towers and six entry gates still survive.

Modern-day Southampton has become an important commercial Navy port, rivalled only by the close neighbour of Portsmouth. In 1912, the world-renowned Titanic sailed from Southampton, with about a third of those who perished in the tragic sinking of the vessel hailing from the city. The city continued to gain importance throughout World War 2, and was a heavily targeted by the German Luftwaffe to try and limit Allied supplies, submarines and ships leaving the docks.

Thanks to this thriving industry, prominent education and health industries and a thriving retail centre, Southampton is now home to over quarter of a million people, with the Greater Southampton region home to over 1.5 million.

This expansive population and expanding wealth mean that Southampton is now a regular destination for Worktop Express® deliveries. The range of worktops that we deliver in the South Hampshire area includes a large selection of quality wooden worktops, including favourites such as oak and beech, as well as more unusual timbers such as bamboo, wenge and black American walnut. If you decide to purchase worktops in Southampton from us, we can guarantee you will make a large saving over any high-street competitors, as we are able to cut out expensive middlemen or overheads.

Our timber is sourced from well-managed, sustainable locations in Eastern Europe and Africa, and are then manufactured into solid wood worktops in our own advanced facilities in Central Europe. They are available unfinished, or can alternatively be fabricated to a customer's bespoke requirements at our Gloucester headquarters by our skilled fabrication team. Bespoke alterations are also available for any of our laminate surfaces and Earthstone worktops, too.

The Worktop Express 2Man delivery team offers fast delivery to many parts of the UK, including Southampton and the surrounding area every weekday. Southampton is approximately 90 miles from our main delivery centre in Gloucester, which allows us to offer an unrivalled in-house worktop delivery service to the city and surrounding areas.

For the highest quality kitchen worktops in Southampton, Worktop Express® should be your first choice. Although we may not be situated locally to Southampton, our speedy delivery service and quality products are second-to-none.

Order your worktops by 12 noon for next day delivery to Southampton.

Image Use:
"Southampton Bar Gate South Side" by Alan Stewart is licensed under CC BY-SA 3.0