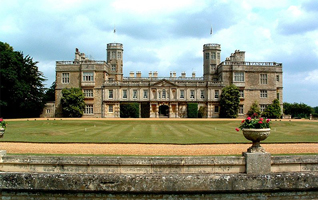 Situated in the East Midlands, Northampton is one of the largest towns in the UK, and lies on the River Nene approximately 50 miles south-east of Birmingham, and 67 miles north-west of London.

This historic town is home to an impressive market square that dates back to 1235, and is one of the largest in Britain. The surrounds offer ample shopping opportunities too, with two large malls and several streets overflowing with stores of all sizes. Nestled in the heart of the town, St Giles Street won 'Best British High Street' in 2015, bringing greater acclaim to Northampton is a prime shopping destination.

In 1675, Northampton was devastated by a great fire, which destroyed much of the town. Rebuilding the town from the ground up was a painstaking taste, but the efforts paid off, and Northampton was resurrected with such consideration to the townspeople that it was described as 'the handsomest and best built town in all this part of England', by trader, journalist and author of Robinson Crusoe, Daniel Defoe.

The manufacture of boots, shoes and leather was a booming industry in the late 18th century, and the importance of this trade in the region is highlighted at the Central Museum and Art Gallery, which exhibits Queen Victoria's slipper and David Beckham's football boots, alongside shoes dating much further back in history.

For the citizens of Northampton, we offer a handy worktop sample service, so you can see first-hand the high quality finish that is exemplary of all our products. Our speedy 2Man delivery team visits Northampton regularly too, and offers a next-day service on orders placed before 12 noon. Please get in touch to find out more, by telephoning our friendly sales team on 0345 22 22 644!

Order your worktops by 12 noon for next day delivery to Northampton.