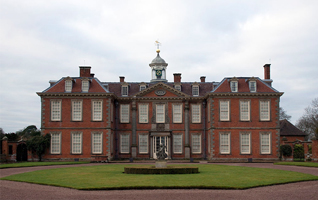 The ever-thriving city of Worcester is bordered to the west by the River Severn, and sits between Birmingham and Gloucester as a natural half-way point on the M5. On the river's eastern bank is the spectacular Worcester Cathedral, a 12-century structure which amalgamates every strain of English architectural design, showcasing detailing with origins that range from Norman to Gothic. The western view of the cathedral was printed on £20 notes released by the Bank of England between 1999 and 2007, alongside a depiction of English composer Sir Edward Elgar, who resided in Worcester for much of his life.

Worcester is the birthplace of a number of household names, such as Lea & Perrins' Worcestershire Sauce, whose factory still operates on Midlands Road today. One of the oldest English pottery brands still in existence, Royal Worcester Porcelain originated in the city in 1751. The company specialise in luxury tableware and gifts, and are now part of the Portmeirion Pottery Group. A land of prestigious brands as these, Worcester is also home to one of the fastest-growing universities in the country, the University of Worcester. Having only been granted university status in 2005, the establishment is particularly well-regarded for its degrees in education, and revealed a £60 million learning facility and study space - 'The Hive' - open by Her Majesty The Queen in 2012.

With a reputation for excellence, it's no surprise our worktops are popular with the citizens of Worcester. Only a 40-minute drive from our flagship showroom in Quedgeley, we regularly welcome visitors from the area to come and see our 9 fantastic solid wood kitchen displays. To book an appointment with our friendly showroom assistant, please give us a ring on 0345 22 22 644.

Order your worktops by 12 noon for next day delivery to Worcester.