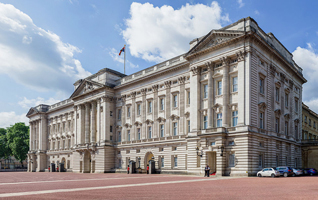 South West London is overflowing with magnificent buildings. From Westminster to Chelsea, stunning architecture lines every street and there are many sites of historical and political significance to be visited.

Of greatest importance must surely be Buckingham Palace, in Westminster. The palace has been home to British monarchs since 1837, and has a total of 775 rooms, including 19 state rooms, 188 staff bedrooms, and 92 offices. Whilst centrally located, the Palace of Westminster is also part of the SW postcode, and home to the two houses of Parliament, the House of Lords and the House of Commons. One of the most magnificent buildings in the country, this gem has withstood threats including Guy Fawkes' Gunpowder Plot and the WW2 bombings.

To the west of Westminster, the Royal Borough of Kensington and Chelsea is another exclusive postcode in this part of London. From Sloane Square shopping, to visiting the Saatchi Gallery, to exploring the incredible collections of the Victoria and Albert Museum, the borough is rich in culture, and also noted as the birth-place of the Chelsea Bun. In spite of its manicured reputation today, Chelsea was also at the heart of the British punk movement during the 1970s, before the bohemian and punk population moved north to Notting Hill and Camden. During this decade, it was also home to legends such as the Beatles and Rolling Stones members Brian Jones, Mick Jagger, and Keith Richards.

South West London stretches out as far as Wimbledon, just 17 miles north of our Redhill showroom, which is the ideal location to discover a collection of our excellent worktops, alongside high quality appliances and oak cabinetry from our sister company, Solid Wood Kitchen Cabinets®. If you would prefer to remain within the capital, we would be delighted to welcome you to our Camden showroom, which opened in August 2016. To get in touch with any queries, please don't hesitate to contact us on 0345 22 22 644, or email , and we will be more than happy to help!

Order your worktops by 12 noon for next day delivery to South West London.