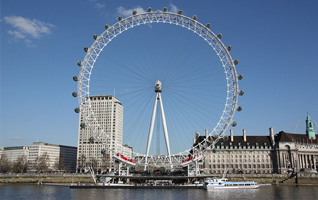 Bustling South East London has plenty to offer for art lovers and science buffs alike. Whether you're visiting the Imperial War Museum, Shakespeare's Globe Theatre or the Tate Modern, there is a spectacular array of design gems and historic highlights for locals and tourists to revel in.

Within South East London sits the Borough of Greenwich, and notably the Royal Observatory, which rests on a hill in Greenwich Park overlooking the Thames. Found in 1675, the observatory has long been used as a tool for measurement by British astronomers and - until 1954 - celestial observations made there were used to calculate Green Mean Time (GMT).

Southwark is another significant borough found in South East London. Locals will find themselves only a short walk from such significant architectural triumphs as The Shard and The Globe, and can easily visit the historic borough market.

Known for its artistic legacy, Croydon lies just south of Southwark. The town contains several small art venues, in addition to the larger halls of Fairfield often used for BBC recordings. The expansive venue has been graced by the likes of the Beatles, BB King, the Monkees, Johnny Cash, Tom Jones and Status Quo. The main hall also featured in the Da Vinci Code, released in 2006. What's more, many recognised dubstep DJs and producers found their feet at Croydon's now defunct Big Apple Records on Surrey Street, and the town is home to the famed BRIT School, which produced such names as Adele, Jessie J and Katie Melua.

With a clear appreciation for quality, residents in South East London have formed part of our customer base over the years, and can easily access our Redhill showroom in Surrey with just a short train journey. At this showroom you will find a variety of worktops from our popular collection, as well as high-quality kitchen cabinetry and appliances. Alternatively, our beautiful Camden showroom on Chalk Farm Road opened in August 2016, and is easily accessed via the Northern line. Please telephone showrooms directly to make an appointment with one of our knowledgeable showroom managers.

Order your worktops by 12 noon for next day delivery to South East London.