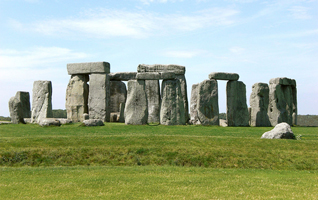 The beautiful cathedral city of Salisbury remains the only city within the county of Wiltshire. Residents of Salisbury originally settled in Old Sarum, before the cathedral was relocated to New Sarum, established in 1227, and the community built up around it. New Sarum was the formal name for the city of Salisbury until 2009, when the Salisbury City Council was created. The city perches at the confluence of five rivers; four tributaries, the Nadder, Ebble, Wylye and Bourne converge to form the Avon River, which flows south and joins the sea in Dorset.

A prominent UNESCO World Heritage site, Stonehenge is situated just 8 miles north-west of Salisbury, and brings substantial trade to the city. Archaeologists believe the site was constructed from 3000 BC to 2000 BC, using stones that possess "unusual acoustic properties" and clang when struck, according to London's Royal College of Art. Theories are still heavily debated as to how the vast stones were lifted to form the structure in such ancient times, and the spiritual site remains shrouded in mystery to this day.

We've been doing our research, and have discovered that our bamboo worktops are a popular choice for residents of Salisbury. Bamboo is natural hard-wearing and water tight, and a unique material in our collection as it is technically a grass, rather than a timber. Nonetheless, these bamboo worktops are eco-friendly and prove exceptionally sturdy, constructed with high-pressure gluing techniques to guarantee longevity.

Alongside our collection of high-quality wooden worktops, we also have a selection of laminate kitchen surfaces in a variety of decors. Laminate worktops are a stylish and practical option for many a home and provide a multitude of different options when it comes to designs. Our Earthstone worktops create a touch of luxury, with a look that perfectly imitates natural stone - and feels like stone too.

Please don't hesitate to get in touch, either by telephone - by ringing us on 0345 22 22 644 - or by email - at . We understand that designing a new kitchen can be a complex process and are happy to help however we can!

Order your worktops by 12 noon for next day delivery to Salisbury.