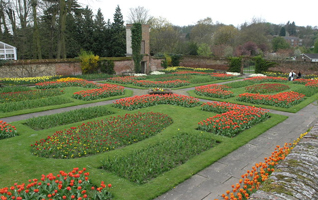 A large town dating back to as early as the 8th century, Hemel Hempstead was rejuvenated and after the Second World War, and is now home to over 80,000 inhabitants. Having undergone significant expansion and redevelopment in the mid-20th century - to accommodate all those rendered homeless by the Blitz - Hemel Hempstead was given life as a New Town, though parts of the quaint Old Town still exist today.

Situated just north of Watford, and 24 miles northwest of London itself, Hemel Hempstead became a stop-off on the Grand Union Canal in 1798, and benefits from frequent railway services to both London Euston and the Midlands. The town is easily accessed by road via the M1 (from the east) and the M25 (from the south).

The town is famous for its 'Magic Roundabout' - officially named the 'Plough Roundabout' - where traffic meets from six different routes. The first such circulation system of its kind in Britain, the traffic here circulates in both directions, through the presence of six mini-roundabouts encircling a large central reservation.

Our in-house 2Man delivery provides a next-day service for residents of Hemel Hempstead for worktop orders placed before 12 noon, offering a hugely convenient option if you need your new kitchen surface in a hurry. Hemel Hempstead is less than an hour away from our Camden showroom by car or via public transport, which means we have the pleasure of meeting many customers from this area, who come to see for themselves the fantastic quality and array of worktops that we have on offer before making a purchase with us. This showroom is a popular choice for visitors north of the capital, and we advise booking an appointment to ensure we have a showroom assistant on hand to help with any of your kitchen queries.

Order your worktops by 12 noon for next day delivery to Hemel Hempstead.