All About Deluxe Walnut Worktops: A Worktop Express® Nutshell Guide

The walnut tree is one of the most resourceful hardwoods on the planet, and produces kitchen worktops with great character. In this information guide we’ll cover everything you should need to know about this timber, including its history, science and more. 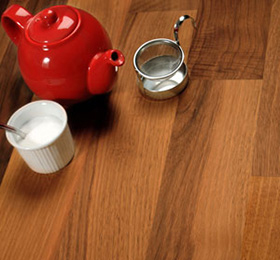 Walnut is a versatile tree that is as well known for its nut as the timber it bestows. As wood, it is dense, with a distinctive grain that can be polished to a very smooth finish. Colour and grain can vary from the tight grain and relatively light honey-coloured sapwood to a considerably darker heartwood that exhibits a more open grain.

As well as our stunning Deluxe version, we sell standard 40mm stave walnut worktops which are excellent value; however, the walnut’s beautiful grain structure is highlighted in an unsurpassable manner through the grand, wider staves offered by our Deluxe Walnut worktops.

To see our wide block walnut worktops up-close, take a look at our Worktop Image Gallery.

TYPE OF WOOD AND GRAIN STRUCTURE 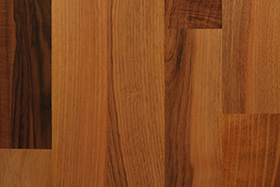 As with our black American walnut, European walnut has a great deal of character that visually sets it apart from more well-known deciduous trees such as oak and beech. Whilst the sapwood is usually lighter in colour and with a relatively tight grain, the heartwood has a more open grain and will often feature unusual ‘curly’ figures in the grain. Because of this, the wood is prized by woodworkers for its unique lustre, and is often used for gun stocks, guitars, ornate furniture as well as high-end veneers such as luxury car interiors.

Our Deluxe worktops are only constructed from beautifully wide 90mm quartersawn staves, which show off the timber in an exceptional light, whilst keeping the appeal of the grain fully intact.

Species of walnut are often easily confused. Along with our suppliers we go through great lengths to ensure that the timber used for our worktops is from consistent European sources. Whilst it is grouped in the same species as English walnut, the European equivalent (Juglans regia) has grown to have richer colouration, and large colonies of it extend as far afield as Iran and Kyrgyzstan.

We work closely with our suppliers to ensure that the walnut timber we use is hardy and attractive, as well as being environmentally sound. Because all our walnut timber is sourced in Europe, it is subject to industry-recognised certification, meaning we can guarantee that is from the most sustainable sources possible. To find out further information about our environmental priorities, please take a look at our Environmental Policy page. 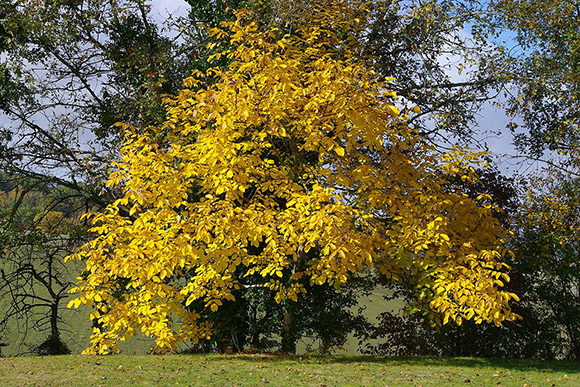 Worktop Express® has proudly delivered over 150,000 worktops to over 55,000 customers since its foundation, and is now proud to be considered an expert in the field of solid wood worktops manufactured to the highest quality at unbeatable prices. We take the time to visit our suppliers at least once every three months to ensure our high standards are adhered to, whilst cutting out the cost of any middlemen. If you want to learn more, have a look at our ’Sourcing and Manufacture’ guide. 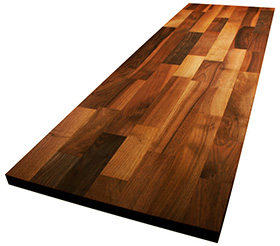 Our luxury walnut worktops are constructed from a selection of extra-wide quartersawn 90mm staves, which are joined together in such a way that it creates a larger plank of wood that is very strong, whilst showing off the beauty of the timber. The worktops are made from staves of only the highest quality, achieving aesthetic consistency without the repetitive grain patterns and uninspiring colouration of lower quality products.

The staves are joined together using a ‘finger’ joint that is perfect for creating a durable worktop, whilst being aesthetically pleasing. Finger joints are named as such because they mimic the action of two interlocking hands which inherently is strong and holds well thanks to plenty of friction. A small amount of glue is used to ensure that the joint holds firmly whilst the worktop is being machined and finished.

To find out more about the construction of our Deluxe worktops, have a look at our ‘Construction Types Explained’ information guide. 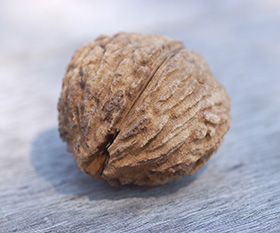 The first historical account of walnut trees being cultivated in the civilised world goes back approximately 2000 years to ancient Babylon (known today as Iraq), although walnuts have been found in much earlier cave fossils and excavations by archaeologists in southwest France. These remains suggest that walnuts were consumed in Europe as far as 8,000 years ago.

Walnuts were also used by the ancient Egyptians to create an embalming oil to replace the blood of their mummies, though it was the Greeks that are credited with the first selective cultivation of the walnut to create the tree that is now commonly referred to as the English walnut.

Previously referred to as ‘Persian walnut’, it was brought to England, and spread throughout Europe by the Romans. In the 1800s, walnuts were transported from England to North America by Spanish monks who settled along the Eastern coast.

There’s no doubt that walnut timber has been used for a variety of uses for many hundreds, if not thousands of years. It became most fashionable in the late 17th century when it ousted oak as the de facto quality timber. Its unique curly grain patterns remained in vogue for around 50 years, after which mahogany from Central America became the furniture builder’s wood of choice.

Walnut’s uses beyond food and timber are wide and varied, including natural dyes, a healthy antioxidant, and even a softer substitute for sand used in sand-blasting machines. 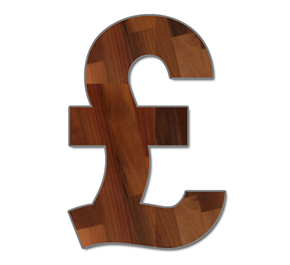 We’ve gone through great lengths to position ourselves as leaders in the field of solid wood worktops, capable of offering worktops at an extremely competitive price with excellent service to match. We have over 5,000 worktops in stock at any one time, meaning we are able to deliver directly to the public and trade incredibly quickly and efficiently with our own 2man delivery service.

Our online stock ordering systems have been able to help us drastically reduce the quantity of dead stock we hold, which in turn helps us reduce costs. Through a ‘direct-to-the-public’ e-commerce business plan, we’ve been able to drastically reduce overheads in comparison to some of our competitors. We were also the first in the industry to introduce various new practices and products that are now industry-standard.

If you’re still unsure whether Deluxe Walnut is the worktop for you, then why not order a sample from us? We are confident that our worktops are made from the finest quality timber available in Europe.

Our Deluxe Walnut worktops are excellent value for money for such an exquisite product, starting at £285 for a 2m worktop.

Deluxe walnut worktops are ideal for both traditional and modern kitchen themes, but look especially striking in a modern kitchen with high-contrast colour schemes and modern appliances. Because of the extra-wide staves, walnut block worktop would also look fantastic as a kitchen island surface or even a dining table. Characterful and full of charm.