As well as being the UK's leading online solid wood worktops specialist, we deem it very important to support our local community in a variety of sports and talents. We've supported a number of events, but we take great pride in sponsoring the following four sporting individuals / clubs:

Since October 2012, we've been a patriotic sponsor of Gloucester's cherry & white rugby team, as well as the promising young talent - Henry Trinder, who was last year called up to the England International squad, and hopes to make it in to 1st team games in 2014. We have several banners around the Kingsholm stadium and an executive box in the Mira Showers stand. Members of the Worktop Express® team regularly attend matches and will be very excited to see Kingsholm become a host of some of the 2015 World Cup games.

We've been avid sponsors of Stuart Deacon's Autograss racing for a few seasons now, and have continued this great relationship in to the 2014/2015 season. Autograss is a very popular automotive sport across Britain and especially in Gloucestershire. Stuart has put in some outstanding performances over the last few years in Class 5 racing and we look forward to seeing him put the Worktop Express® branded car on some podiums throughout the coming year. 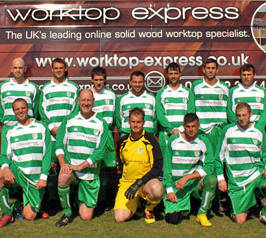 Local to Eastington, Gloucestershire, the Alkerton Rangers football club has been part of the Stroud & District League for over thirty six years. We've been sponsoring the team since September 2011, and in that time have seen their first team progress in to division 5. The club is keen to encourage and recruit players from Eastington and the surrounding area, with many of the county's most promising players past and present playing for them. Every now and then the in-house Worktop Express® All-Stars team takes on Alkerton Rangers - keep an eye on our blog for the results. 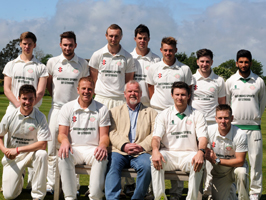 The latest local team to receive sponsorship from us is Frocester Cricket Club's First XI team. The long-established club, based not far from our Gloucester offices in Stonehouse, Frocester CC have been competing for a place in the National Club T20 cup. They've so far had great success in 2014 and we will be watching their success with great interest. To keep a tally of their latest results, head over to their mini site on Play-Cricket.com. We'll continue to share their success on the blog too.

We're always interested in talking with members of the local community about sponsorship opportunities that may be mutually beneficial. Please do get in touch if you think we'd be perfect sponsors for you, your team, or event.