Over the last few years some of Britain’s most famous trees have been crowned ‘Tree of the Year’ following a public vote run by the Woodland Trust.

This year, a particularly well-documented tree in Northumberland won this prestigious accolade by securing over 2,500 votes (nearly 12,000 were cast in total): the Sycamore Gap tree. The tree sits in a dip created many thousands of years ago by meltwater flowing beneath an ice age glacier, and can be found on the southern side of Hadrian’s Wall.

The Sycamore Gap tree is regularly photographed by passing hikers along the Hadrian’s Wall Path, and is also occasionally referred to as the “Robin Hood” tree, following its appearance in Kevin Costner’s 1991 film, Robin Hood: Prince of Thieves. 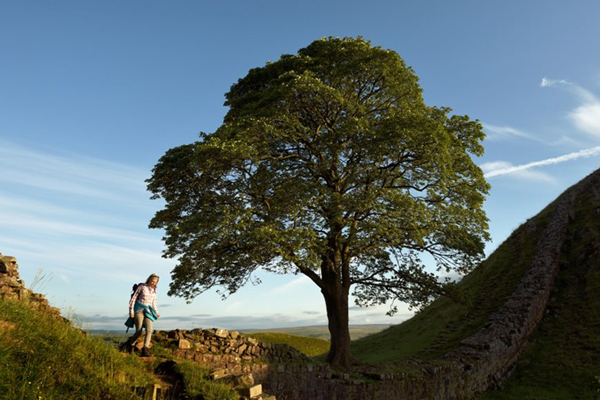 After winning the UK ‘Tree of the Year’ competition, it has now become England’s candidate in the European competition which highlights the tree’s history and connection to the local community. The Woodland Trust is hoping that the Sycamore Gap tree fares better than previous entries, which have failed to impress when measured against their European counterparts.

Voting for the ‘Tree of the Year 2017’ is open until the 28th February, with the award ceremony taking place in Brussels on the 21st of March. To give the Sycamore Gap tree a chance of winning, head over to www.treeoftheyear.org and select it alongside another of your favourites on the shortlist.


Whilst we may be known as specialists in kitchen worktops, we are keen supporters of trees, too; indeed, we use only the finest, sustainably-sourced European timbers for our products, and are also proud to fund replanting programmes in both the UK and Africa in conjunction with the International Tree Foundation. You can find out more about our commitment to the environment on our Environment Policy page.

Filed under: Articles by Worktop Express Admin
No Comments »