As you’ll well know if you follow the Worktop Express® blog, we’re not only keen sports fans, but also big supporters of a variety of local sporting talent. The latest addition to our roster comes in the form of the First XI team from Frocester Cricket Club, based in Stonehouse, which is near our offices in Gloucester. Some of our directors went along to cheer on the team, wax lyrical about our solid wood worktops and share a drink or two – they don’t like cricket, they love it. 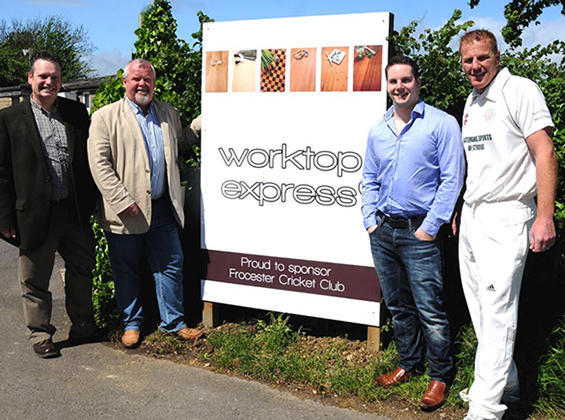 The second match of the season was played on the afternoon of Saturday May 10th against Weston Super Mare’s first XI.

After winning the toss, the Frocester team invited the visitors to bat first, letting the lads make some early quick wins over WSM including taking out their number 2 batsman who was run out after only 8 balls. By this point, the home team were up 30-3 and the visitors were starting to struggle, but two of the visiting batsmen managed to build up some decent innings to keep them in the game.

Following a series of well-placed balls bowled by captain, Nick Trainor, he managed to take control and catch out 3 of the next 5, Frocester easily working their way through the WSM Batting line-up. The visiting team were finally all out for 171 in the 40th over, their tally boosted by 41 wides – possibly an area for improvement! 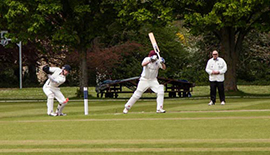 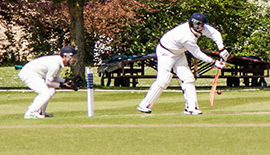 Frocester came in to bat: Quereshi and Beard took care not to get bowled out, and led the way with Quereshi sprinting towards his century. Beard was caught out for a fine 55, and replaced by Sam Bracey, who joined Quereshi to lead Frocester to victory in the 37th over, clinching a win for the Frocester by 9 wickets. A big well done to all the team – we’ll be following their progress throughout the year and keeping you informed of any big news right here on the blog. 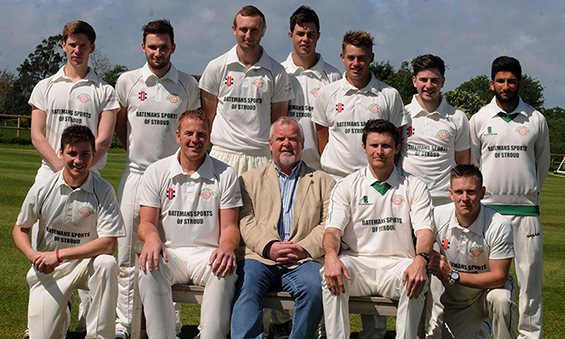